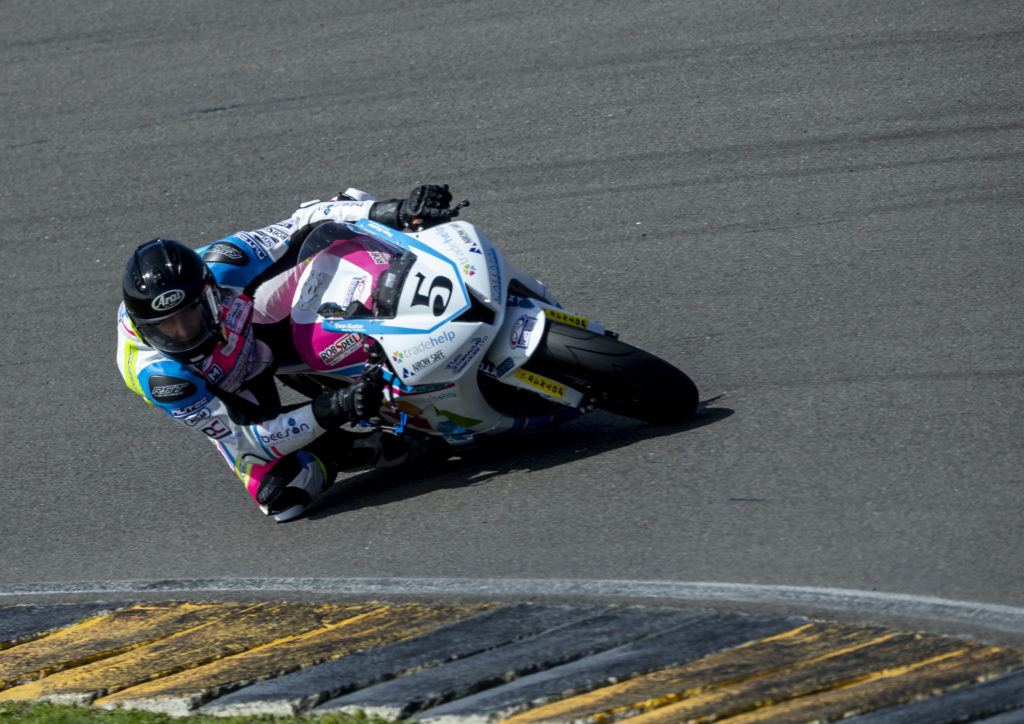 This was the second race meeting Craig Neve had entered on his new BMW 1000rr, this was always going to be a tough meeting being so close to the road race season, which is starting next week in Ireland at the north west 200, the team could not afford any mistakes.
The Saturday consisted of fp1 and fp2 where Craig finished both sessions inside the top 30.
Qualifying was going even better with Craig well inside the top 20 in the last few moments of qualifying, the electronics on the fly by wire throttle let him down and he had to finish the session early and the other riders progressed in the last few moments of qualifying leaving Craig in P29 for Monday’s race.
The race got underway at 11am Monday morning with temperatures soaring over the weekend, the track conditions where at there best, Craig made a good start and made a good position up, catching and passing TT winner Gary Johnson along the way as many other top riders, Craig dug in and picked a few more places up and finished in 19th.
Neve commented ‘ good weekend for us, the result isn’t much to shout about, but we have learnt so much this weekend and I feel really confident going into the TT and north west 200 now, if we hadn’t of had the throttle issues in qualifying I’d of definitely of been fighting for points, but the bigger picture is the roads and then we will come back for a proper go at BSB after the TT. Huge thanks to my local sponsors again Callmac/Flexi Hydraulics , Beeson Plumbing and Central windows Grimsby.